Amain.com would like to first off thank all that attended this years 2016 SWorkz Challenge by JConcepts  race at Silver Dollar RC Raceway and making it a great success!

This year AMain.com’s Kevin Jelich (KJ), Jerry Douglas and announcer Brian Crum would  deliver a great event for the racers. The layout was fast, technical, had great flow and produced some great racing which was complimented by the informative and exciting race announcing of Brian Crum. This combination would prove a hit to the attending racers and bring out some of the best racing to date and some exciting close battles and finishes.

Some of the race highlights would come in the addition of the new corner marshal watering system. Every marshal spot would have a hose and after every heat the marshals would water their area. This would be a success as it kept the grip high and tire wear was non existent. Lets just say after all the compliments the watering system is here to stay. Also new Livetime scoring tablets where installed saving paper and giving racers touchscreen access to their results as seen below. 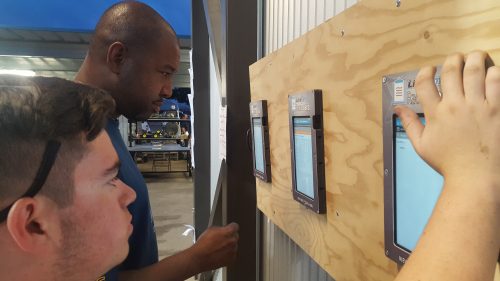 Saturday would kick of with an intense 3 rounds of IFMAR qualifying followed by main events.  After qualifying was over in the open division it would cast the spotlight on 8  possible Overall Open Champions winners coming in the names of Mike Gordon, Steve Hood, Mike See, Brandon Curran, Brad Juanarena, Dylan Lane, Derrick Lane and  Kerry Lemos. All these drivers would qualify into the A main in both classes and be looking on paper as favorites for the overall SWorkz win. Mike Gordon looked the most solid as he would TQ truggy  and qualify second in buggy.

See the link below for official listings:

As in every race ran at Silver Dollar R/C Raceway the end of qualifying would give way to 8 drivers having a shot at the popular and entertaining TQ dash for cash. The Dash for cash would be ran backwards, no marshals, five minutes with last man standing or crossing the line first getting a Hundred dollars. The race would go on the tone and the drama would start. The race would have guys stopping and waiting for the leader, cutting the track, playing strategies with the eventual win going to Phillip Atondo. Phillip would take home the Hundred Dollar an the first photo opportunity of the event.  Congrats to Phillip Atondo on the win. 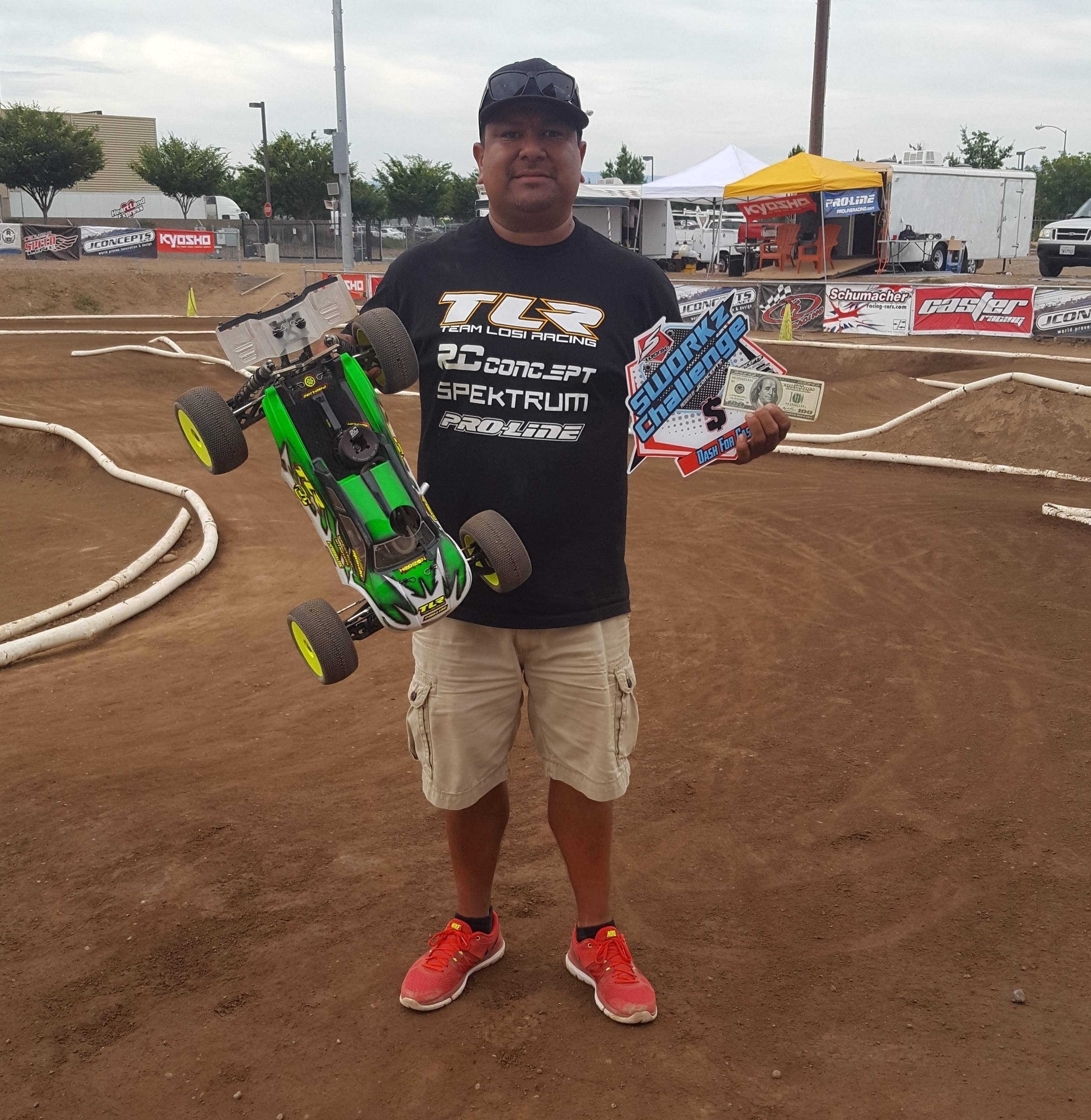 Saturday evening would bring on main events. Brian Crum would right on schedule kick off the main events and call exciting racing action. Lower mains would come first and would produce some big moves up into the A Main events for drivers like Kendall Bennett and Dylan Lane.

Ding Ding main event time. With all eyes on the overall Open division opportunity there would be no shortage of drama , heartbreaks and success stories. Mike Gordon would be looking the odds on favorite as he pulled out to a 20 second buggy lead in the A final.  However at the 15 minute mark Mike would blow a center diff ending his chances. Steve Hood would take the race lead. Norbert who suffered an early race flame out charged back through the field to almost take the lead but would make some mistakes and drop him back to second with Hood taking the win in the Open Buggy division

The Open Truggy division final would set the stage for the overall winner. Mike Gordon would end his bad luck from the buggy main by dominating the Truggy A Main and taking the win. Mike See would take 3rd with Steve Hood beating him out by 13 seconds to take home the 2nd position and sealing the deal on the Overall Championship

In the Pro Buggy Division Austin Blair would TQ and never look back in the main, taking a wire to wire win. Chad Bradley would pull in a strong second with CJ Jelin coming in third

Amain.com would like to thank everyone who attended and congratulate the TQs and top three on their achievements.

Final results can be found here:

Race recording of most every heat and main event can be found here: https://www.youtube.com/playlist?list=PLwoRPGmQpUUR9Fd2qfAv0gyHQIxY0nZ7E

Top three photos can be found below:
E Buggy: 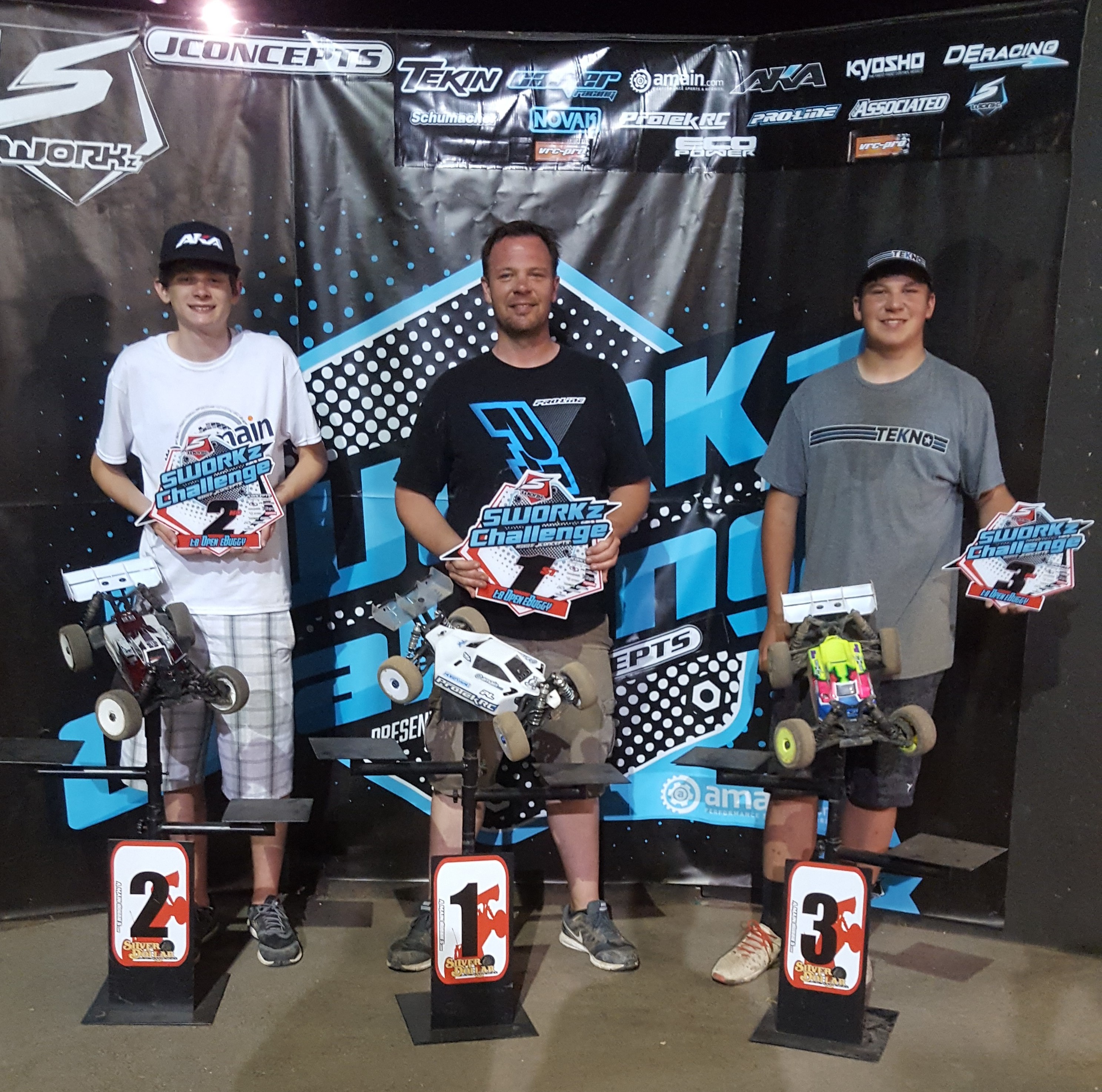 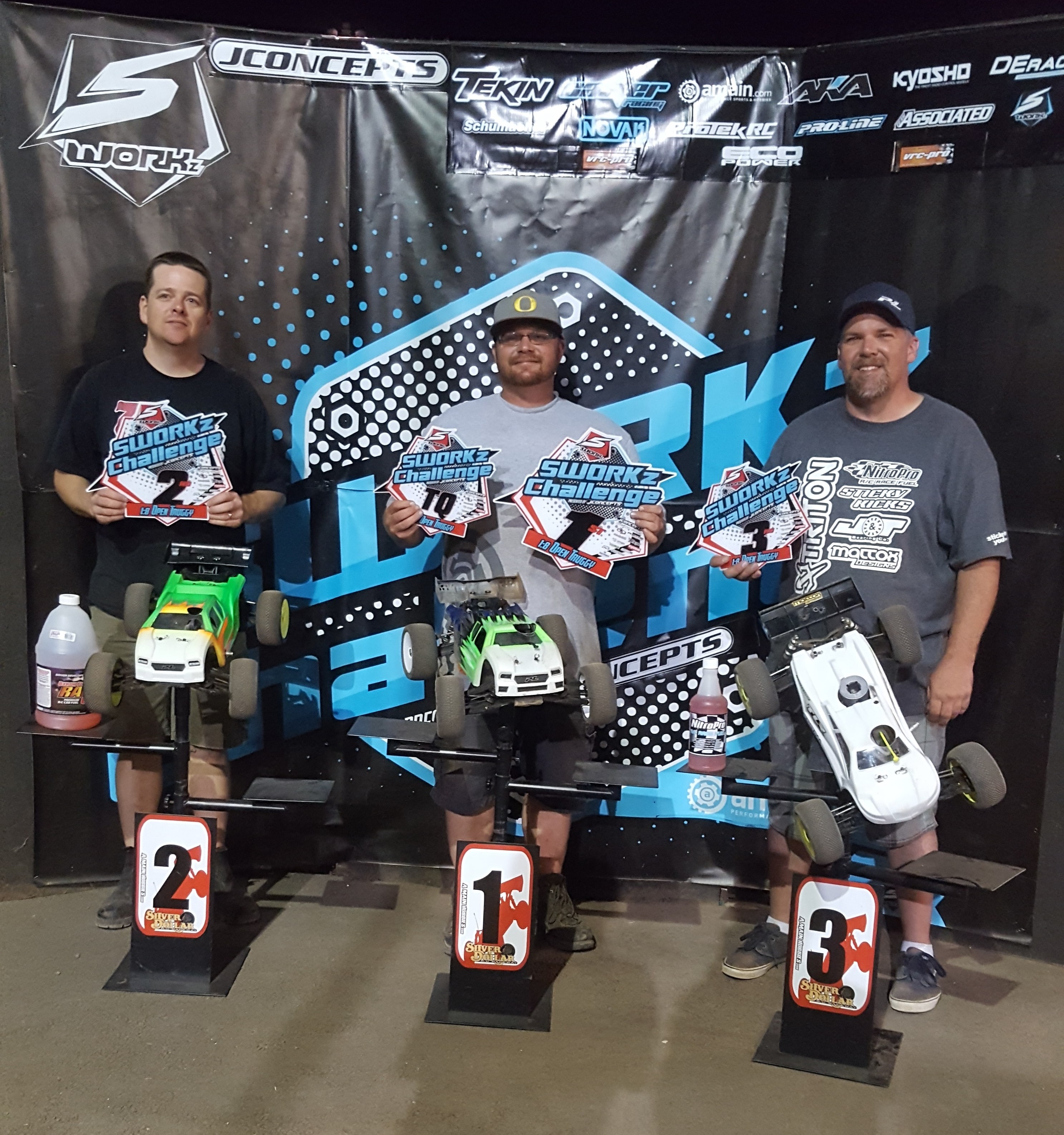 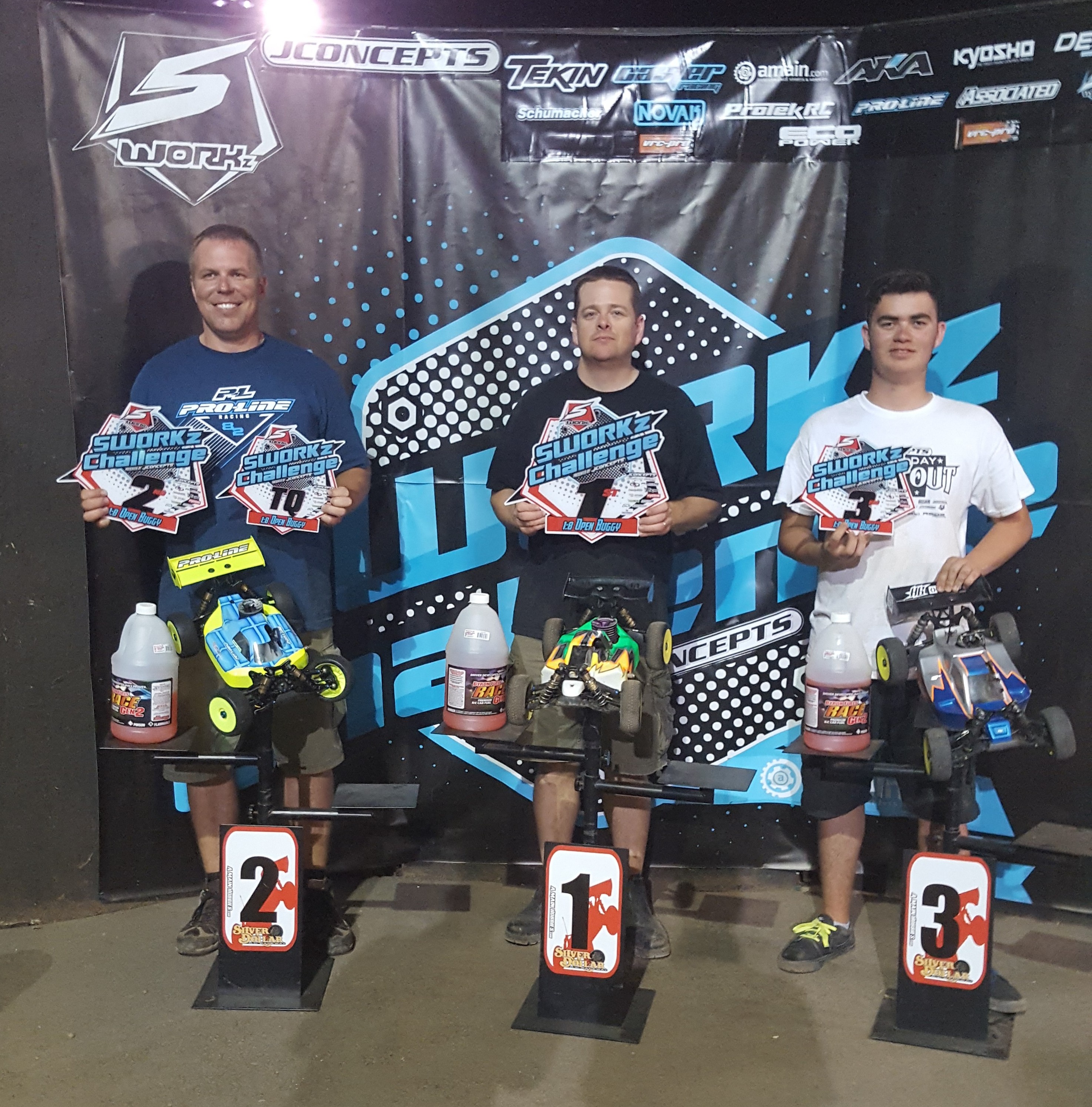 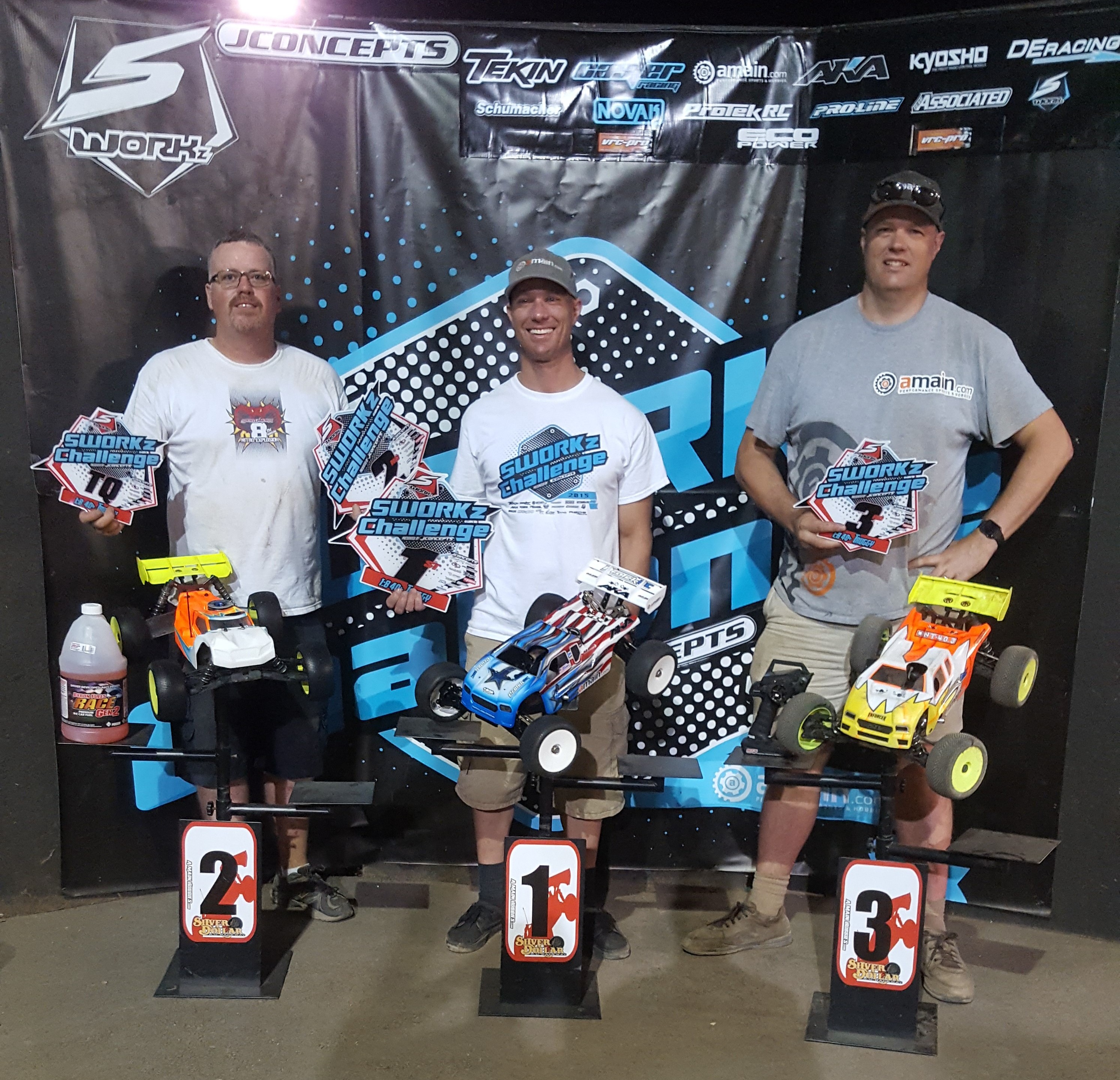 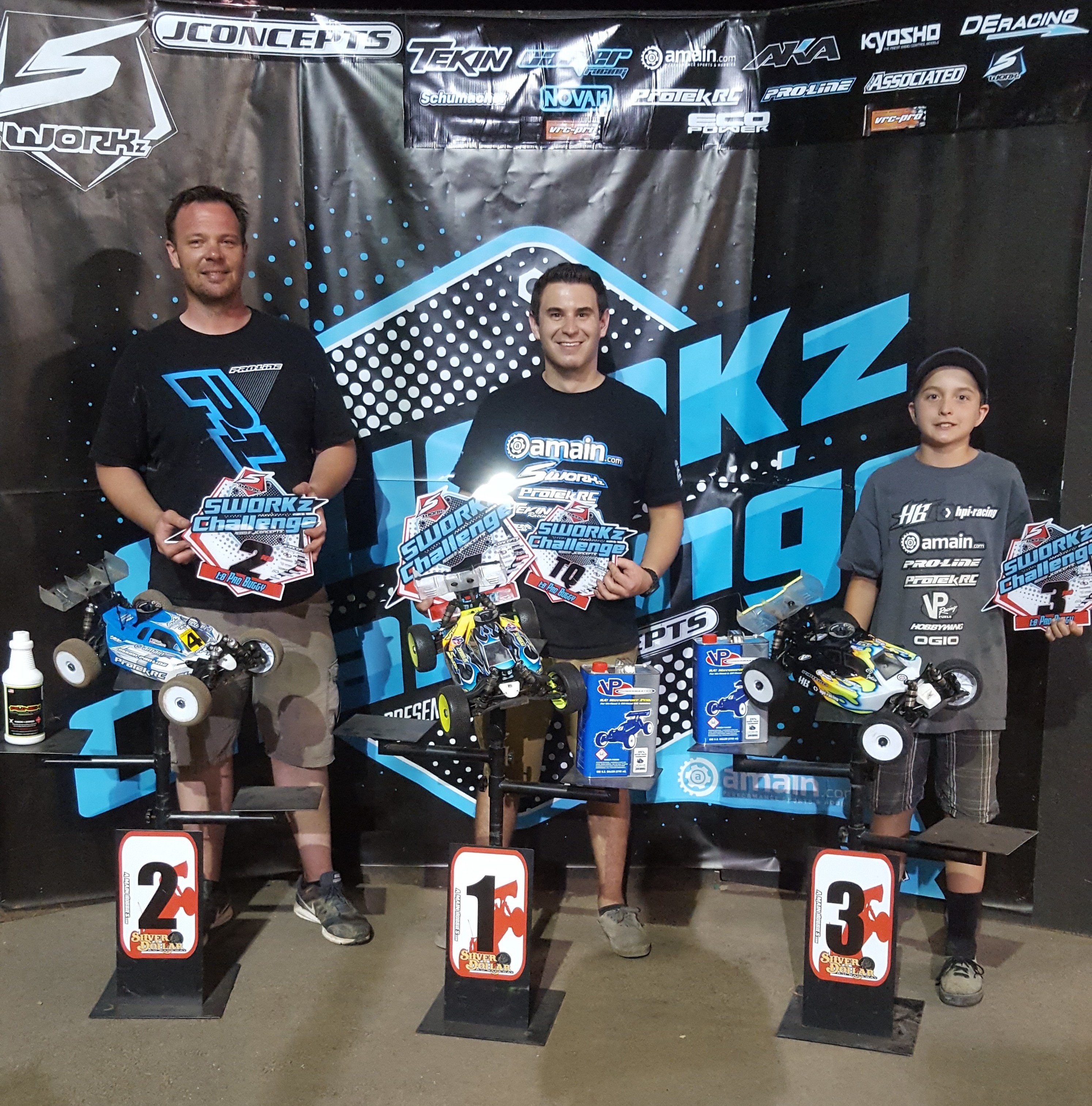 Thanks to all for coming out and making this a great event. See you all next year. Same time same place.